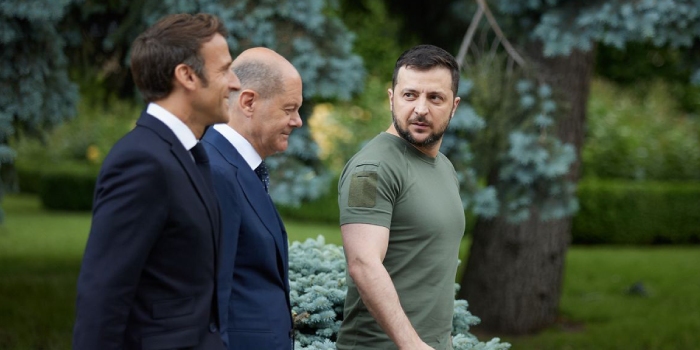 Rajesh Tamada
36 Views
It’s hot all over the world, and even hotter in today’s newsletter. We’ve procured a steaming pile of TechCrunch deliciousness for you to devour. If you can believe it, it is only Tuesday. - Christine and Haje.

It’s hot all over the world, and even hotter in today’s newsletter. We’ve procured a steaming pile of TechCrunch deliciousness for you to devour. If you can believe it, it is only Tuesday. – Christine and Haje

Crunchbase lists almost 1,400 unicorns, but on TechCrunch+, Alex wonders how many unicorns are just ponies now? It’s a question worth asking, as Instacart takes a serious haircut.

Go on, then, here’s a few more stories (and some delightfully weird music by Cosmo Sheldrake to go with it):

Companies that can help consumers navigate the complicated Medicare market have a major opportunity: “The average senior must choose between 57 different plan options, and most can’t tell them apart,” said TX Zhuo and James Shecter of Fika Ventures.

They’ve shared their six-point investment thesis with TC+ readers to show how Medicare is the “bright spark” that could light up “the entire insurtech market.”

If you are looking for an easier way to get through the airport, Alaska Airlines is here to deliver. The airline has a new electronic bag tag that is making everything about checking a bag easier, Frederic writes.  We’re not sure this news could have come at a better time considering what we are hearing about flight shortages and thousands of bags being left at airports all over the world.

Another day, another Twitter and Elon Musk story. We aren’t sure which day on the Captain’s Log it is, but a judge ruled that Twitter can proceed and even expedite its trial against Elon Musk, Amanda reports.

Meanwhile, Zack writes about BitSight, a cybersecurity startup that uncovered a handful of vulnerabilities in a popular GPS tracker built by Micodus. The security flaws potentially exposed some million vehicle locations.

As the MSSP Programme Expands, DirectDefense Taps Cybersecurity Expert Rick Tillery to Serve As the Program’s New Director
An AI-powered Asset Inspection Program for the Electric Grid Has Received $3 Million in Funding From Noteworthy AI
We use cookies on our website to give you the most relevant experience by remembering your preferences and repeat visits. By clicking “Accept All”, you consent to the use of ALL the cookies. However, you may visit "Cookie Settings" to provide a controlled consent.
Cookie SettingsAccept All
Manage consent