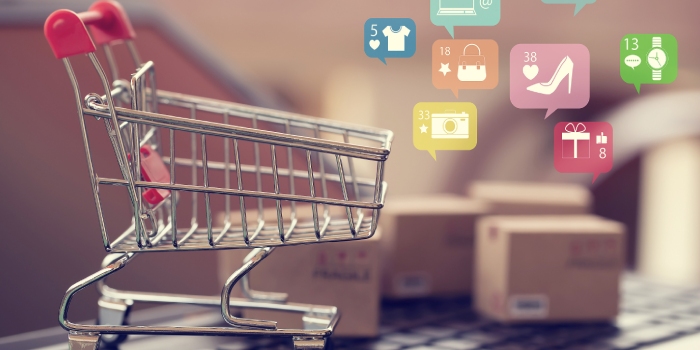 Gorgias, developing customer service tools for e-commerce companies, raised $30 million in new Series C capital in a round that boosted its valuation to $710 million.

Transpose Platform and Shopify led the round and were joined by previous investors Jason Lemkin of SaaStr, Rajeev Dham from Sapphire Ventures, CRV, and Alven.

It’s been a few years since we profiled the company, whose total funding to date is $72.4 million. In late 2020, the company had raised $25 million in Series B funding on a $305 million valuation. The company was valued at $680 million prior to this round, Gorgias co-founder and CEO Romain Lapeyre told TechCrunch via email.

At the time of Series B, it was supporting more than 4,500 stores with its technology that brings all of the channels that shoppers use to contact online stores into one feed for each company. This way support tickets can be managed in a number of different ways, including live chat, email, phone, SMS, messaging apps, and social media.

Today, the six-year-old company is working with more than 10,000 online stores, including Princess Polly, Steve Madden, Olipop, and Marine Layer, which are selling products via Shopify, BigCommerce, and Adobe Commerce.

It also has grown to 245 employees across offices in San Francisco, Paris, Toronto, New York City, Sydney, Belgrade, and Charlotte.

Over the past year, Lapeyre said brands are seeing advertising costs rise on channels like Facebook and Google, in some cases five times their previous rates, “which is wearing that playbook thin.”

“Mix in continued supply chain issues and the higher cost of raw materials and direct-to-consumer brands are feeling the margin squeeze at both ends,” he added.

Instead, he believes that to succeed in this kind of environment, “DTC brands need to generate more money from their existing customers” by improving the customer experience. Gorgias offers insights on how to do that with a DTC growth playbook that Lapeyre estimates can result in 44% more revenue for its e-commerce customers.

Meanwhile, Gorgias more than doubled in size since its Series B, Lapeyre said. In addition to the 10,000 online stores and 245 employees, it has twice as many customers, and its annual recurring revenue and valuation have more than doubled as well.

“The environment we’re working in has changed quite a bit,” he added. “The 2020 e-commerce boom that helped fuel our growth up to our Series B has subsided, but it’s never been a more important time to upgrade the customer experience of online stores. Lower margins and higher acquisition costs require businesses to capture more revenue from their existing customers, and customer experience is at the heart of that effort.”

Even with all of that growth, the company is monitoring its cash burn rate in this new economic environment. The company’s goals early on were to “hire and grow in a sustainable way,” Lapeyre said. However, it has “slowed down hiring on the go-to-market side, assessed where we can cut costs and asked the team to be smart about how we use the cash we have on hand.”

In fact, Gorgias wasn’t planning to raise new venture capital so soon, but Lapeyre said he jumped at the opportunity to work with Transpose Platform and Shopify.

The company will use the new funding to accelerate the development of its Automation Add-on feature, which can deflect up to a third of incoming repetitive support tickets by providing customers with instant answers. It also has a new feature coming out soon called Revenue Add-on, which will identify customers that may generate further revenue through online customer services.

“Both the automation and ticket prioritization will further merchant revenue goals by better identifying shoppers who are ready to buy and by increasing conversion rates through proactive support — an innovation in the current helpdesk market,” Lapeyre added. “This is made possible by the volume of e-commerce-specific support tickets handled by the Gorgias platform, which are used to train the company’s proprietary algorithms to detect intent and auto-tag appropriately.”

The CEO of ServiceNow Asserts That ‘pervasive Computing’ Will Be the Defining Characteristic of the 21st Century
LG NOVA Innovation Festival Will Promote Collaboration and Influence Change
We use cookies on our website to give you the most relevant experience by remembering your preferences and repeat visits. By clicking “Accept All”, you consent to the use of ALL the cookies. However, you may visit "Cookie Settings" to provide a controlled consent.
Cookie SettingsAccept All
Manage consent