Home | Techaffair » News » In the Race for Tech Talent, the US Should Look to Mexico 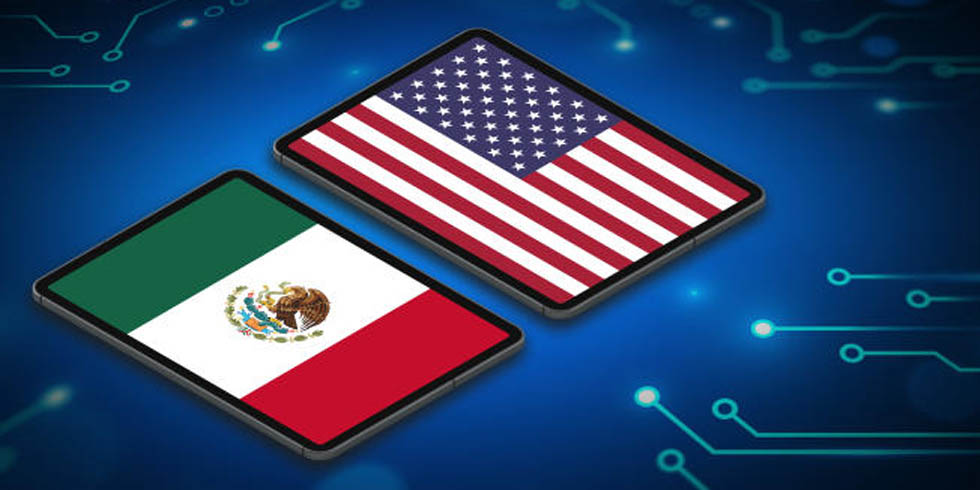 The global tech sector is booming, and as technologies like cloud and AI accelerate their growth, the demand for tech talent outpaces supply globally. Specifically, the U.S. tech sector has seen unprecedented growth in recent years, with four tech firms reaching a $1 trillion market cap by the beginning of 2020 — all of which have seen double-digit growth since achieving a 13-digit valuation pre-pandemic.

One of the major factors in the growth and adoption of tech in the U.S. is the increasing focus on software as a service and broader digital transformations across industry sectors, which have accelerated due to the COVID-19 pandemic. As such, there is an insatiable appetite for quality tech talent in the U.S., with projections showing an 11% increase by 2029 from 2019 numbers, which amounts to over half a million new jobs.

Given that the U.S. produces only about 65,000 computer science graduates, there is a vast deficit in the tech talent market, which materialized as over 900,000 unfilled IT and related positions in 2019 alone. The problem is so vast that more than 80% of U.S. employers stated that recruiting for tech talent is a top business challenge, according to a survey by top HR consulting firm Robert Half.

Mexico’s tech talent can help to fill the gaps left in a hypercompetitive U.S. market for tech workers. Unlike the U.S., 20% of Mexican college graduates have relevant engineering degrees, amounting to over 110,000 per year, far surpassing the U.S. in technical talent. Investors and tech firms have noticed and are increasing operations in Mexico.

Some have referred to the cities of Monterrey and Guadalajara as the “Silicon Valley of Latin America,” and while their tech sectors are also seeing tremendous growth, the pace falls short of Mexico’s talent production, leading to a surplus of highly trained and capable individuals in the tech sector. The cost of higher education in Mexico is far less than in the U.S., so we’re likely to see that talent surplus grow in the coming years.

More so than other Latin American countries, Mexico has the experience and economy to support a robust tech talent export ecosystem. In fact, Mexico City’s concentrated market is larger than the sum total of every other Spanish-speaking country in Latin America. Specifically, Mexico’s IT outsourcing industry has been growing at an annual rate of 10%-15% and is now considered the third-largest exporter of IT services.

What’s more, the U.S./Mexico relationship is seeing a refresh after several tumultuous years. With Mexico ranked No. 1 among U.S. trade partners, the political and economic mechanisms for investments and partnerships are in place. Technology leaders such as Cisco and Intel have already set up shop in Mexico, demonstrating confidence in the country’s ability to support tech and economic growth.

The benefits of proximity

Mexico provides a number of benefits that make drawing from its talent surplus easier and more efficient. For one, Mexico’s time zones align with those in the U.S., enabling real-time collaboration at times that work best for both parties. Compare this to the time difference in India, which is over 12 hours ahead of California’s Silicon Valley.

Beyond the time difference, there are also many cultural similarities that make working with Mexico the clear choice for IT outsourcing. For example, the U.S. is home to more than 41 million native Spanish speakers, and plus over 12 million bilingual Spanish speakers, making the U.S. the second-largest Spanish-speaking country after Mexico. While difficult to quantify, the number of consumer and cultural exports from Mexico to the U.S. also helps to build familiarity and solidarity between the two countries, which can only improve an already healthy relationship.

The steady progression of America’s tech sector is now seen as a strategic priority at the federal level. Meanwhile, public and private sector decision-makers are more interested than ever in conducting business under favorable trade treaty terms with friendly governments amid a new climate of geopolitical uncertainty.

As the U.S. tech sector continues its explosive growth, technology companies in the U.S. will need to seek alternative means to supplement its in-demand tech workforce. Rather than turning to countries undergoing increased regulatory scrutiny, or distant talent bases requiring significant business travel, business leaders are looking to geographically close, diplomatically friendly nations. U.S. companies are finding Mexico’s status as a key business partner and strategically to be a massive value driver.

By 2030, the middle-class population in Mexico is expected to reach 95 million, placing it in the top 10 countries with the highest share of global middle-class consumption. As the middle class rises, so will companies to meet their consumer needs, and, as such, Mexico’s own tech sector will grow and require significantly more tech talent, reducing or potentially eliminating Mexico’s talent surplus.

This is evidenced by the uptick in Mexico-based technology companies, such as Mexican used-car startup Kavak, which recently hit a $4 billion valuation. Amid an exciting backdrop of skyrocketing tech valuations and potential, the U.S. tech sector should look to Mexico as a key growth market and technology partner. The time is now for the U.S. to tap into the surplus of quality tech talent in Mexico.

The Latest Arena of US-China Confrontation: International Tech Standards
Restrictions on Acquisitions Would Stifle the US Startup Ecosystem, Not Rein In Big Tech
We use cookies on our website to give you the most relevant experience by remembering your preferences and repeat visits. By clicking “Accept All”, you consent to the use of ALL the cookies. However, you may visit "Cookie Settings" to provide a controlled consent.
Cookie SettingsAccept All
Manage consent