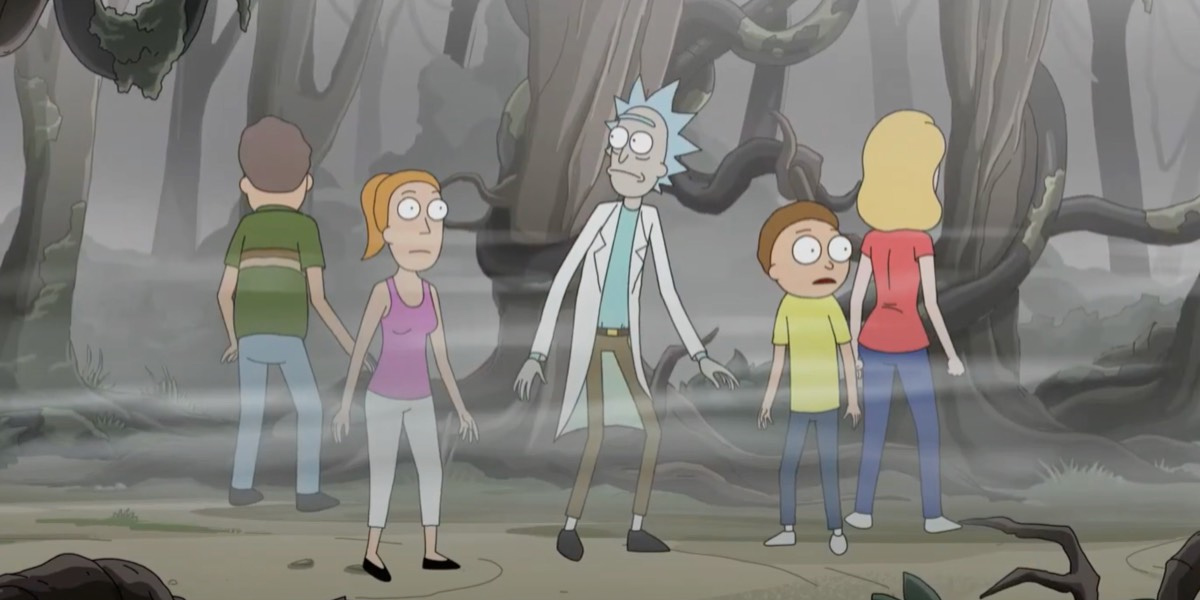 Rick and Morty fans won’t have to wait much longer for a fifth season of the irreverent, Emmy-winning animated comedy. Adult Swim just dropped the official S5 trailer, showcasing a new round of wacky interdimensional adventures for our favorite belching mad scientist and his wide-eyed, long-suffering grandson.

(Some spoilers for prior seasons below.)

For the uninitiated, Rick and Morty centers on the adventures of Rick Sanchez, an eccentric, alcoholic scientist who lives with his horse-surgeon daughter, Beth, her husband, Jerry, and grandkids, Summer and Morty. When not ensconced on the family couch or cooking up mad scientist schemes in his lab, Rick frequently takes Morty on zany adventures throughout the multiverse. The series grew out of a short parody film of Back to the Future by Rick and Morty co-creator Justin Roiland, who also voices the titular characters.

Rick’s distinctive “burp-talking” (constant midsentence belches) even inspired a paralinguistic research study in 2019. Belching is a so-called “laryngeal vocalization” that occurs at or below the glottis in the throat, with an acoustic profile similar in many ways to “vocal fry.” The study found that Rick’s midspeech belches serve to express emotion or agreement, for instance. They tend to appear in the same places where a speaker might use “um,” “like,” “err,” or similar vocalization.

As we’ve reported previously, the first five episodes of S4 aired in November and December 2019. They featured Rick and Morty teaming up with Mr. Poopybutthole and “Elon Tusk” for a heist; freeing horny dragons from the Wizard who enslaved them; and battling time-traveling alien snakes, among other adventures. As always, pop-culture references abounded, riffing on the films Edge of Tomorrow, One Flew Over the Cuckoo’s Nest, Akira, Battlestar Galactica, and the Terminator franchise, for instance. There was also a special Rick and Morty short, “Samurai and Shogun,” a clever send-up of classic samurai films, entirely in Japanese, with broken English subtitles, which just adds to the fun. (“Such a fool you are to kidnap Shogun Morty, the soul to us Ninja Rick!” an eyepatch-wearing leader of Ninja Ricks declares.)

The remaining five S4 episodes aired from May 3, 2020 to May 31, 2020. The duo battled mind-controlling face-hugging parasites, Rick became entangled in a paternity battle over the impregnation of a sentient planet named Gaia, and the pair boarded the “Story Train” (where all the passengers tell each other tales about Rick—the source of power for said train) and are captured by the Story Lord. The season finale mostly focused on trying to determine which version of two Beths is real and which is a clone, along with the brief return of Tammy (now a Galactic Federation agent) and Birdperson (now Phoenixperson). Rick finally admitted that he is a terrible father and ended up distraught and alone.

Not an April Fool’s Joke: Theatrical Trailer for the Suicide Squad Drops
We use cookies on our website to give you the most relevant experience by remembering your preferences and repeat visits. By clicking “Accept All”, you consent to the use of ALL the cookies. However, you may visit "Cookie Settings" to provide a controlled consent.
Cookie SettingsAccept All
Manage consent