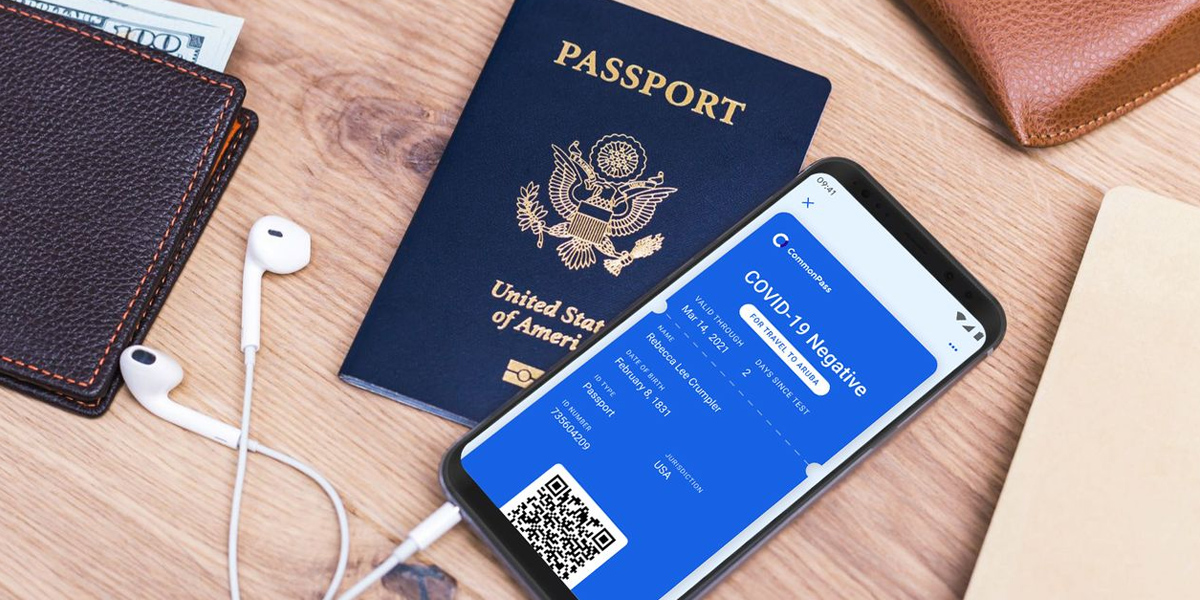 Admin
65 Views
Tech companies, nonprofits and state agencies are racing to build digital vaccine certificates, and the Biden administration may have a say in how they turn out.

The Biden administration said this week that it won’t build a national vaccination app, leaving it to the private sector to create mobile digital passports that can prove people have been vaccinated for Covid-19.

But that doesn’t mean the White House is going to be hands-off.

Technologists and consultants who are helping to design future digital vaccine cards said they are counting on the Biden administration to provide federal support for the effort, even if officials are working mostly behind the scenes to shape decisions related to privacy or where vaccine passports could be deployed.

“This is something that can’t be driven exclusively by the private sector,” said Dakota Gruener, executive director of ID2020, a nonprofit group that’s working on digital identification and is part of a collaborative on health passes.

A scramble has been growing for months among big tech companies, nonprofits and state agencies to try to invent a secure electronic method for storing and sharing vaccination records and coronavirus test results — in short, something more sophisticated and private than a photo of a paper vaccine card.

A vaccine passport might display a QR code that a business could scan to check vaccination status, or it might show something simpler like a green checkmark or red X.

But the various projects face a host of challenges, including how to prevent forged records, how to protect health privacy and how to make sure different apps work with each other. Decisions on those questions could reverberate for years, said Jenny Wanger, director of programs at Linux Foundation Public Health, a nonprofit that’s advising on the development of basic standards.

“What is really necessary to get this going is to make sure it works, to make sure things are interoperable and to make sure we’re not going forward with the ‘move fast and break things’ philosophy,” Wanger said, referring to a former motto at Facebook.

“If you make compromises on some of those foundational principles like privacy and open standards, it’s very hard to make those sorts of decisions go away,” she said.

Experts said they expect high demand for digital proof of vaccination in the next few months. Businesses as wide-ranging as airlines, office-based employers or even Krispy Kreme doughnut shops could ask to see evidence before allowing entry or serving a customer. Outside the U.S., Qatar Airways and other airlines have tested an app meant to provide proof of vaccinations and negative test results.

Madison Square Garden has been one of the test sites for the Excelsior Pass, an effort by New York state based on technology from IBM. And Walmart has said that people who’ve been vaccinated at thousands of its stores will be able to get a digital vaccine card.

“What it really is, is putting health data in a security digital envelope,” said Paul Meyer, CEO of The Commons Project, a nonprofit that has developed the technology being used by Walmart and some airlines.

Meyer said the trials by airlines have been a success — Lufthansa said Wednesday it was expanding the use of the CommonPass app to show test results — but wide adoption will require a larger and more sustained effort.

In other words, it could be months more before vaccine passports are widely available and used in the U.S.

Eren Bali, CEO of California-based Carbon Health, said his company has been providing digital vaccine records to people it vaccinates, and that 600,000 people had viewed them. Now it’s looking to expand the offering and make the cards compatible with different smartphone “wallets.”

“Wherever you got vaccinated in the United States, we’ll be able to give you a verified health pass,” Bali said.

Rutgers University in New Jersey has said it will require proof of a Covid-19 vaccination for most students before they can attend class in person this fall, though it hasn’t said so far what kinds of proof it will accept.

Each requirement may raise thorny questions, such as how to accommodate people who don’t use a smartphone and so don’t have a digital record. Some fear the development of a two-tier economy along vaccination lines, though Covid-19 vaccines are expected to be widely available as early as May.

There is also growing outcry from some Republicans and libertarians who have begun to argue that vaccine passports are a violation of civil rights. Florida Gov. Ron DeSantis said Monday that he will issue rules that prevent businesses from requiring proof of vaccinations, though it is not clear how much power he will have to stop the practice.

But there’s a wide range of organizations and companies working to make passports an option, at least. The Biden administration counted at least 17 such efforts tackling different parts of the problem, according to a government slide deck obtained by The Washington Post.

“Federal agencies are participating ad hoc independently in various initiatives,” according to the slide, from the Department of Health and Human Services.

Jen Psaki, the White House press secretary, said in a briefing Tuesday that the administration is not planning a central federal vaccinations database, a role that for other types of vaccines has historically fallen to the states.

“Development of a vaccine passport, or whatever you want to call it, will be driven by the private sector,” Psaki said.

But she said the administration plans to issue recommendations at some point for digital vaccine certificates so that they meet certain standards. She did not give a timeline.

“We want to drive the market toward meeting public interest goals, so we’ll leverage our resources to ensure that all vaccination credential systems meet key standards, whether that’s universal accessibility, affordability, availability, both digitally and on paper,” she said.

The Biden administration may be asked to help decide questions such as exactly when it’s appropriate to ask someone for vaccination proof, Gruener said.

“This is a place where the administration does need to weigh in,” she said. “What are the settings or venues where it’s permissible to ask for proof of vaccination, and where is that not permissible?”

The same goes for the amount of health information a venue or business gets to see.

“The only thing the bouncer at the concert venue needs to know is: Does the person meet the criteria for entry, yes or no?” Gruener said. “That’s one place where I think the administration has an important role to play.”

There’s also the question of possible federal funding for state and local vaccination registries. Those agencies, which ultimately store much of the nation’s vaccination records for purposes such as school attendance, have invested relatively little in making digital records widely available, and they may need upgrades if they’re going to work with Covid-19 passports.

“It’s not that states aren’t interested in the idea, but on the list of priorities, this is not highest on the list,” said Rebecca Coyle, executive director of the American Immunization Registry Association, a membership organization for state and local vaccine registries.

Digital vaccine cards are already in use in Israel, where the national government and a centralized health care system sped their development. European Union leaders have announced the development of a similar “digital green certificate.”

The U.S. system is already more freewheeling, with numerous companies such as IBM testing early versions of digital certificates.

“We want to encourage an open marketplace with a variety of private sector companies and nonprofit coalitions developing solutions,” Psaki said.

The Eternal Paranoia of Tactical Gear
Google is accelerating partial reopening of offices and putting limits on future of remote work
We use cookies on our website to give you the most relevant experience by remembering your preferences and repeat visits. By clicking “Accept All”, you consent to the use of ALL the cookies. However, you may visit "Cookie Settings" to provide a controlled consent.
Cookie SettingsAccept All
Manage consent