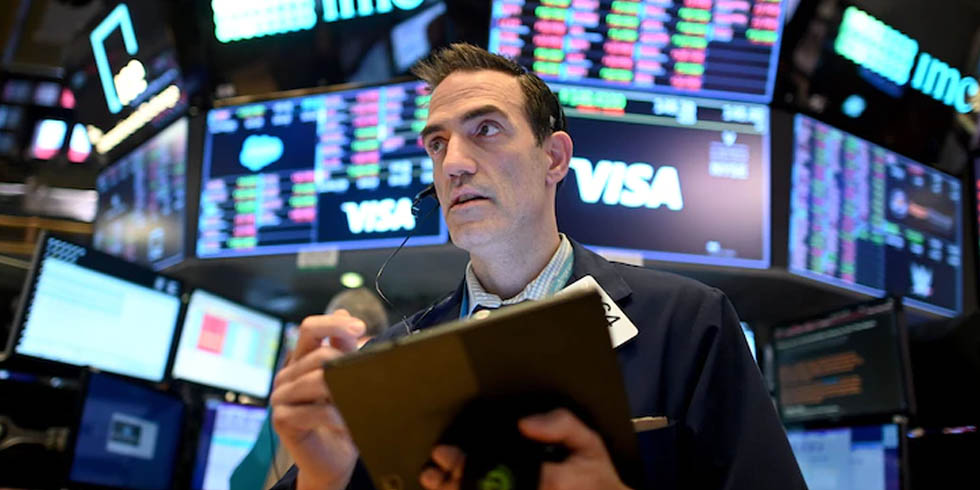 Stock indexes edged lower globally on Monday, with technology shares weighing the most on the benchmark US S&P 500 index, while gold prices hit their highest in more than three months as investors sought safety.

US Treasury yields, however, traded little changed even after a report showing the highest prices ever paid in a May manufacturing survey for New York State.

The Empire State Manufacturing Survey, produced by the New York Fed, showed the prices paid index rose to a record 83.5, the highest since the data series began in 2001, said Tom Simons, the money market economist at Jefferies & Co.

The S&P 500 technology sector was down 0.7 percent and the biggest drag on the benchmark index. Wall Street’s declines also follow the S&P 500’s biggest one-day jump in more than a month on Friday.

While the week is expected to be relatively quiet for economic data, investors will be anxious to see minutes on Wednesday from the Federal Reserve’s policy meeting last month, which could shed more light on the policymakers’ outlook on an economic rebound.

“The Fed has been pretty consistent in its message that it’s going to be quite tolerant of inflation, it’s not going to cause them to raise rates prematurely or pull back on asset purchases,” Simons said.

The spread of the coronavirus was also dragged in some markets, with Singapore reporting the highest number of local infections in months and Taiwan seeing a spike in cases.

The pan-European STOXX 600 index lost 0.05 per cent and MSCI’s gauge of stocks across the globe shed0.09 per cent.

In the Treasury market, the yield on benchmark 10-year US Treasury notes was near flat at 1.65 percent, well below a spike to 1.77 per cent in late March.

Bitcoin dropped to a three-month low after Tesla Inc boss Elon Musk suggested over the weekend that the electric automaker may have already sold some of its holdings in the digital currency.

US Voices ‘Concern’ at Proposed Canadian Tax on Tech Giants
Aligning Immigration Policies And Business Needs For A New, Post-Pandemic America
We use cookies on our website to give you the most relevant experience by remembering your preferences and repeat visits. By clicking “Accept All”, you consent to the use of ALL the cookies. However, you may visit "Cookie Settings" to provide a controlled consent.
Cookie SettingsAccept All
Manage consent